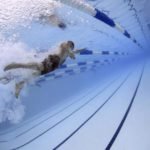 WITH the end of the state of alarm this Sunday, May 9, the new maximum capacities for beaches, swimming pools and shows have been announced.

As reported in SUR, with the end of the state of alarm this Sunday, May 9, the president of the Junta de Andalucian, Juanma Moreno, has announced the new maximum capacities for beaches, swimming pools and shows.

This Thursday, the head of the regional government explained that municipalities in alert levels one and two will have audiences or spectators separated from each other by one seat in bullrings, shows and theatres. In municipalities that are in alert level three and four, a distance of 1.5 metres will need to be used between people.

With regards to swimming pools and beaches, there will no longer be a limit on hours, however, there will be a mandatory distance of 1.5 metres between groups that are out of the water. The maximum capacity will depend on the alert level of each municipality and the president has announced that there will be a specific coronavirus plan drawn up.

From Sunday, nightclubs will be able to stay open until 2 am, however, the use of dancefloors will only be permitted in areas in alert level one and users must wear masks.