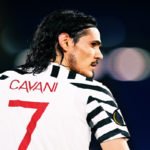 Ole Gunnar Solskjaer took his team to the Stadio Olimpico in Rome on Thursday night, to contest the second-leg of their Europa League semi-final with Roma, in what really looked to be a foregone conclusion after Man United had won the first-leg 6-2 at Old Trafford last week.

Despite a 3-2 defeat on the night, the Red Devils still went through 8-5 on aggregate, to play Spain’s Villareal in the final on Wednesday, May 26, in the Gdansk Arena, Poland.

The repercussions of such a heavy defeat last week must surely have helped Roma’s decision to let Paolo Fonseca go, as they already announced this week the signing of Jose Mourinho as coach at the end of the season.

Uruguayan striker Cavani put United even further in front with a superb goal on 39 minutes, and it took the Italians until the 57th minute to put the ball in the ball, once again Edin Dzeko finding the net, followed just three minutes later by Bryan Cristante, to put Roma 2-1 up on the night.

It was Cavani again heading home a cross from Bruno Fernandes after 68 minutes, to kill any faint hope that the Serie A giants might have had, although Nicola Zalewski managed to score a winner for them, as the 19-year-old’s low drive went in through David de Gea’s legs after taking a deflection off Alex Telles, to salvage some pride at least, and see out a 3-2 win, in what was an entertaining tie, as reported by skysports.com.