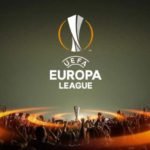 Villarreal, the ‘unfancied’ team from Spain’s La Liga have realised their European dream and reached the final of the 2021 UEFA Europa League, playing out a 0-0 draw against Arsenal, at the Emirates stadium in London, this evening, Thursday 6, to win 2-1 on aggregate.

Arsenal’s worst-case scenario was that they needed one goal to draw level on aggregate and take the match to extra time, but it was never going to be, as the line of yellow shirts held solid at the back for the Spaniards, and it looked unlikely that the Gunners could hit the net anyway, the closest coming from a shot that hit the post from Pierre-Emerick Aubameyang.

Even with the game running away from them, Mikel Arteta‘s men simply didn’t look up for the fight, apart from Nicolas Pepe and Emile Smith Rowe firing efforts wide early in the second half, and an Aubameyang header that hit the post again towards the end.

This result looks like ending Arsenal’s unbroken run of 25 seasons in European football, and coming at the hands of Unai Emery, the manager who they sacked in 2019, it must feel terrible for those in the halls of power at the Emirates.

With the other semi-final ending in an 8-5 aggregate win for Manchester United over Serie A club Roma, Villarreal can look forward to one last European exploit in the final in the fabulous Stadion Miejski in Gdańsk, Poland, on Wednesday, May 26, as reported by bbc.com.