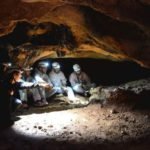 Rincon de la Victoria to reopen jewel’ in its crown.

Archaeologist María del Mar Espejo Herrerías and manager of the Ardalestur cultural active tourism company have been awarded the concession to take charge of managing guided tours of the Cueva de la Victoria.

This will mean the long-awaited opening to the public of the prehistoric site, considered “one of the most important in the south of the Iberian Peninsula”.

“The objective is to open the cave to visitors given the scientific and patrimonial interest it has in order to promote, reinforce and consolidate one of the main jewels of the municipality next to the Cueva del Tesoro,” said Councillor for Tourism, Antonio José Martín.

Mayor Francisco Salado (PP), stressed how important the move is for placing the “historical heritage on the national map”.

He added: “We have a unique heritage site that we want to share with residents and visitors and turn it into a cultural experience, offering guided tours to promote this Neolithic burial cavity located in a privileged environment such as the Archaeological Park.”

The cave is also one of the few European cave sites that retains a double collection of prehistoric art: the oldest, made more than 35,000 years ago during the archaic Upper Paleolithic and the second, more recent, linked to the use of the cave as a large collective cemetery during the Neolithic, more than 6,500 years ago.

The contractor will be in charge of guided tours, adhering to all COVID-19 measures and restrictions.

To reserve a place on a tour, visit www.turismoenrincon.es where you will receive a voucher along with information about the visit.

“The project aims to eliminate leaks that occur through the stained glass windows and at the entrance,” said the council, adding that “accessibility, safety and modernisation of the access to the cave have recently been improved”.