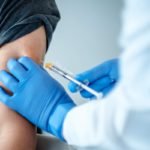 Around 700 Involved in “Skipping the Line” Scandal in Spain.

AROUND 700 people, including politicians and senior officials, have already been vaccinated in Spain after breaking the vaccination protocol – only nine of them have submitted their resignations so far – and one person was dismissed.

One of the most notorious resignations was that of the already former Chief of the Defence Staff (JEMAD), General Miguel Ángel Villarroya, who submitted his resignation after the debate on vaccination within the military leadership. This resignation took place a few hours after it was known that a senior Guardia Civil officer had been dismissed for “skipping the line.”

The former Health Councilors of Murcia and Ceuta also announced their resignation after it was revealed that they had received the first dose of the vaccine despite not belonging to the first vaccination group established by the national vaccination strategy.

Likewise, the Mayor of Molina de Segura (Murcia), Esther Clavero (PSOE), announced her resignation on Tuesday (January 26) as first councillor for receiving the vaccine, the same path followed by the coordinator of Izquierda Unida in the city of Murcia, Alicia Martínez, and the Deputy Mayor of Denia (Alicante), Cristina Morera (PSOE).

In the same way, the Commissioner of the Torrevieja (Alicante) Health Department, José Antonio García Gómez, has resigned as well as the Manager of the Sepad in Badajoz, Montserrat Rincón.

The Bishop of Mallorca, Sebastià Taltavull, received his second dose of the COVID-19 vaccine on Wednesday, January 27 after breaking vaccine protocol to get the first.

Sebastià Taltavull received the first dose of the Pfizer / BioNTech vaccine against COVID-19 on January 5 insisting that “Pope Francis urged us all to get vaccinated” so “when I was included in the list of people who should receive the vaccine, I did not object and I acted in good faith to set an example.”

Thank you for taking the time to read this news article “Around 700 Involved in “Skipping the Line” Scandal in Spain”. For more UK daily news, Spanish daily news and Global news stories, visit the Euro Weekly News home page.