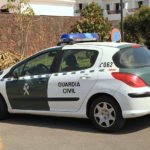 GUARDIA CIVIL are investigating the death of a teenage girl in Pilas, Sevilla, suspected to be due to gas intoxication.

It appears that the girl, aged 13 or 14, went into the bathroom of her home to have a shower on the evening of Tuesday, January 26, with a gas fire to heat the room and, according to the local mayor, Jose Leocadio Ortega, the hypothesis is that the fire malfunctioned and she suffered carbon monoxide poisoning.

Her father found her body on the floor of the bathroom and called the emergency services.

An ambulance arrived quickly on the scene and paramedics attempted to resuscitate the girl. They were unable to do so and were forced to certify her death.

An autopsy is being carried out to determine the cause of death and according to the Guardia Civil so far it corroborates the theory that the gas fire wasn’t working properly and released carbon monoxide into the air.

The mayor expressed his support for the family in the face of this tragedy.