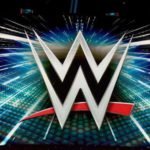 NBCUniversal’s streaming service Peacock has struck a deal with the WWE to be its exclusive US streaming service, as part of a multi-year agreement, reportedly worth over $1 billion, according to The Wall Street Journal.

The WWE Network is the World Wrestling Entertainment’s standalone streaming service that has a $9.99 a month subscription, giving viewers access to WWE’s pay-per-view events, including the famous ‘Wrestlemania’.

From March 18 though, the WWE will be streamed on Peacock Premium, which costs which costs $4.99 per month, or the service without ads will cost $9.99 a month, with the original WWE Network being closed down.

NBCUniversal’s goal is to further strengthen its streaming service, and recently became the exclusive streaming home of The Office after the hit sitcom left Netflix, where all but two seasons of The Office are only available to paid subscribers, although Peacock does also has a free tier.

Thank you for taking the time to read this news article “Peacock Closes Huge Streaming Deal With WWE Reportedly Valued Over $1 Billion”.