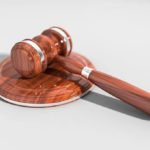 A MAN is on trial in Granada accused of murdering his cellmate in Albolote Prison by stabbing him 23 times in June 2017.

At the trial, which started yesterday, January 25, he admitted before a people’s jury that he had killed the victim, but claimed to have done so out of fear and following months of abuse, including sexual, from his cellmate.

The Public Prosecutor is asking for 10-and-a-half years in prison for the accused.

At around 5.30pm on June 19, 2017, according to a report in Andalucia Informacion, the accused was at a carpentry class in the Granada prison when he started an argument with the victim, aged 47. He pulled a knife out of his clothes and began to chase the victim, stabbing him. Other inmates attempted to prevent the attack, but he continued to stab the victim, causing him at least 23 wounds to his face, arms, legs and chest before handing the knife to a guard.

The accused admits having killed the victim, but says he did so because he had attempted to touch him that same afternoon and he feared for his life.

His defence has asked for a sentence of just two-and-a-half years for manslaughter, on the grounds of psychic derangement, saying that he acted in fear and although he knows he killed the victim, he can’t remember doing it. He was on medication at the time and only remembers punching him and seeing him waving a large knife.

He claims to have been sexually abused by the victim for months, and after the events he attempted to commit suicide.

The trial is due to continue this week.

Thank you for taking the time to read this news article “Trial for man who stabbed cellmate 23 times ‘out of fear’”. For more UK daily news, Spanish daily news and Global news stories, visit the Euro Weekly News home page.