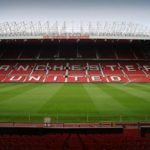 In what can only be described as a thrilling fourth-round Cup tie at Old Trafford, Manchester United eased past their old foes Liverpool, 3-2, thanks to a late winner by Bruno Fernandes, taking them through to play West Ham in the next round.

Liverpool might be out of the Cup, but the worrying part for Jurgen Klopp has to be the fact that his team has now won just one game out of the last seven, and that was against Aston Villa’s youth team in the previous round!

United dominated the match for long spells, but it was Mo Salah who opened the scoring on 18 minutes, with a moment of pure class, chipping over the goalkeeper, but it was short-lived, as Mason Greenwood’s right-footed strike levelled the scores on 26 minutes, to send the teams in at 1-1 at half-time.

United started the second half with intent, as just three minutes in, Edinson Cavani’s ball ended up at Marcus Rashford’s feet, and the goal was never in doubt, his 15th of the season.

Everything was going so well for The Red Devils until that man Salah struck once again on 58 minutes, fed by a great ball from Firminho, to make it 2-2, and now we had a real cup tie on our hands.

Then, with two players from each team being substituted, as Firminho took down Cavani, on 78 minutes it was United’s sub and free-kick specialist Bruno Fernandes who stepped up to drill an unstoppable shot into Dean Henderson’s net, to win the match for Ole Gunnar Solskjaer’s team.

Thank you for taking the time to read this news article “Man United Knock Liverpool Out Of The FA Cup In A Thriller”.