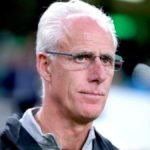 Cardiff City have moved swiftly to fill the vacant manager’s post after the sacking on Wednesday (January 20) of Neil Harris, following the 1-0 home defeat against QPR, which left them in 15th position in the Championship.

Former Republic Of Ireland manager, the 61-year-old Mick McCarthy, will now replace Harris, having himself just recently been fired from the manager’s job at APOEL in Cyprus.

Thank you for taking the time to read this news article “Mick McCarthy Confirmed As New Cardiff City Manager”.