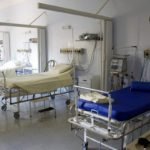 THE President of the Junta de Andalucia, Juanma Moreno, announced on yesterday, January 19, that Andalucia is once again going to put in place the so-called Plan 4500 to increase the number of hospital beds in the region.

The President of the Regional Government said that more than 15,200 conventional hospital beds and a further 2,600 in the ICUs will be available to deal with the increasing number of people being admitted to hospital with Covid-19.

Moreno said on his Twitter account that the strength of the third wave of the virus which is currently affecting all of Spain has caused the contagion curve on the graph to rise almost vertically. He promised, however, that the region was “preparing for it”.

The Junta de Andalucia also reported yesterday, January 19, that there had been 3,731 confirmed cases in the previous 24 hours. The highest rate of contagion is in Malaga, with 861.