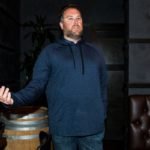 THE MANAGER of the New York Mets baseball team has been sacked just 37 days into his dream job after it was revealed that he sent unsolicited graphic images to a female journalist in 2016.

According to ESPN, who claim to have access to the text history, Jack Porter sent over 60 unanswered texts to a female reporter after she stopped replying to him. These included graphic, explicit images which have cost Porter his dream job just over a month after joining the New York Mets baseball team as general manager.

Porter was working as a scouting agent for the Chicago Cubs at the time of the alleged text exchanges, and his previous employers say they are also investigating the offense. The Mets president Sandy Alderson said his behaviour “failed to meet standards for professionalism and personal conduct”.

On Monday, Porter admitted to ESPN that he had sent the texts but insisted that they were “joke stoke images” and not of his own body. The billionaire owner of the Mets, Steve Cohen, said that “there should be zero tolerance for this type of behaviour.”

The Mets are one of America’s most popular baseball teams, based in the New York City borough of Queens. They enjoy a friendly but serious rivalry with Bronx-based New York Yankees, known as the Subway Series.