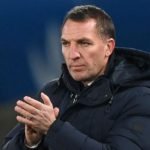 Leicester City returned to the summit of the Premier League with a classy 2-0 victory over a very poor quality Chelsea side, at the King Power Stadium on Tuesday evening (January 19).

Wilfred Ndidi was the first to strike, after only six minutes, putting the ball into the net off the post, and The Foxes were unlucky not to get the chance to go two up with a penalty shout, after Christian Pulisic was fouled by Jonny Evans, only for VAR to rule the contact was made outside the penalty area.

But, only two minutes later, James Maddison was on hand to score his third goal in as many matches, sweeping a real pass from Marc Albrighton on the half-volley into the net past Chelsea keeper Edouard Mendy.

Chelsea barely had look in during the game, and the pressure is now surely mounting on Frank Lampard with his team winning only two out of the last eight matches, leaving them in eighth position in the table.

Thank you for taking the time to read this news article “Leicester Go Top Of The Premiership With Win Over Chelsea”.