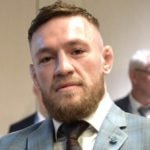 The Mixed Martial Arts champion fighter, whose career has been fraught with allegations of violence and misbehavior, will face two personal injury lawsuits filed in Ireland’s High Court on Monday (January 18th).

According to Irish media, the two separate lawsuits have been filed on behalf of a woman who is suing for personal injury and her mother whose accusations are reportedly less severe. An unnamed associate of McGregor’s has been named as a co-defendent.

Due to Ireland’s strict laws on reporting ongoing legal cases, no details have been released into the nature of the lawsuits and none are likely to emerge until the case is concluded. Coleman Legal Partners, who are representing the two women, told the Irish Independent that McGregor “has denied any wrongdoing. The matter was previously the subject of an extensive investigation by An Garda Siochana.”

This is not the first time that Conor McGregor, who shot to fame for

his prodigious skills in the MMA ring, has been accused of violence or other crimes. In March 2019, he was arrested for grabbing, stomping, and stealing a fan’s phone in Florida. Less than one month after that arrest, McGregor was caught on video assaulting an elderly man at a pub in his native Dublin neighbourhood of Crumlin.