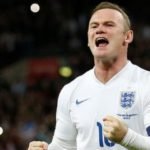 Wayne Rooney has officially called time on his incredible footballing career, and Friday, January 15, the 35-year-old signed a two-and-a-half-year contract to become the new manager of Championship side, Derby County.

Rooney, England’s all-time record goalscorer had been interim manager since Philip Cocu left the club on November 14 last year, and said of his appointment, “The opportunity to follow Brian Clough, Jim Smith, Frank Lampard, and Phillip Cocu is an honour”. I knew instinctively Derby County was the place for me”.

In the nine matches since Rooney took over from Cocu, they have won three and drawn four, with Derby currently third from the bottom in the Championship.

He has a very experienced backroom staff to call on, with former England manager Steve McClaren being the technical director and advisor to the club’s board of directors, and Liam Rosenior will become the assistant manager, and Shay Given will be Rooney’s first-team coach.