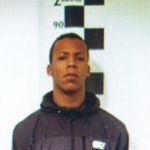 He was travelling on a motorbike, on the A-355 road between Coin and Mijas, but it appears he fell off and fled on foot across the mountains, where he was eventually captured.

At around 9pm on Friday, January 15, the chase began. The motorbike on which the suspect was travelling was found about an hour later by the side of the road near the Entrerrios roundabout. The police and Guardia Civil began a search for him which resulted in his arrested within the boundaries of Alhaurin el Grande.

The operation was carried out with the aid of a National Police helicopter which many local residents had reported seeing in the area.

He was surrounded to ensure that he did not flee the area again.