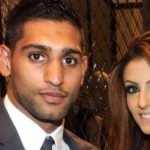 Former Boxing World Champion, Amir Khan’s wife, Faryal Makhdoom, has taken to Snapchat to call the UK government a ‘dictatorship’ over travel restrictions after they removed the UAE from the safe countries travel corridor list, a decision made after the exotic holiday location announced a 52 per cent increase in Covid-19 cases.

Fayral, aged 29, is a well-known influencer on social media and is a regular visitor to Dubai, which is, of course, a part of the UAE, writing in Snapchat, the mother of three said, “The British government has failed the UK, new rules around every corner with practically no warning. Feel like I’m living in a dictatorship”.

She courted criticism back in December when it was discovered she had flown to Dubai while knowingly having Covid-19 symptoms, even telling her Instagram followers, that she had lost six pounds “Because I’ve not been properly eating. Because I couldn’t taste anything for about like two-and-a-half weeks”.

Dubai has been the location that many celebs were heading off to during the pandemic, most of them claiming they were going ‘for work reasons’.

Thank you for taking the time to read this news article “FAmir Khan’s Wife Fayral Labels UK Government A Dictatorship ”.