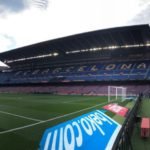 A report recently by La Vanguardia says that La Liga giants Barcelona are in debt to the tune of €420m (£375), which must be paid by the end of this year or they could face insolvency, with the report describing the club as having let things spiral out of control.

Barcelona bosses have tried cost-cutting exercises this season, including asking the players to take a cut in wages, which has saved them €170m (£151m) this season, but, the terms of that deal with the players means the club has to pay them back at €45m (£40.1m) a year over the next four years.

The pandemic of course has created the problem, as the club had calculated their finances based on the stadiums being allowed to have paying fans back in, which has not happened.

Carlos Tusquets, Barcelona’s interim president, gave an interview to Catalan radio station RAC1, where he stated the club was unable to pay players for their pre-agreed January salaries.

Thank you for taking the time to read this news article “Barcelona FC Must Repay Debt Of €420m (£375) This Year Or Face Insolvency”.