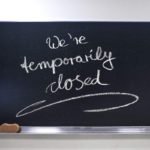 Madrid’s president Isabel Diaz Ayuso announced on Monday, January 11 that she would be keeping schools closed for an additional week, until January 18, in order to “fix flaws and guarantee a safe return to classrooms” following the carnage caused to Spain’s capital caused by Storm Filomena, which brought the worst snowfall in half a decade.

According to the Education Executive, online classes will begin for students on Wednesday, January 13, and a further fifty municipalities have also been forced to suspend classes.

“The main causes that have been taken into account to make this decision have been both the difficulty in guaranteeing access and transportation to the educational centres, as well as the security in them due to the damages caused by accumulated snow and ice and fallen trees”, the regional president said in a press release.

The measure will affect the more than 1.2 million students in the 3,344 educational centres in the region, both public and private.

“It is, therefore, necessary to inspect the centres for a few days to guarantee maximum security,” the government added.