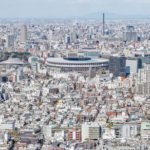 THERE ARE doubts that the planned 2021 Tokyo Summer Olympics will take place this year as its host city battles a Covid-19 Emergency.

Olympic officials have cast their doubts over whether the planned summer games will take place in Tokyo this summer, as the city experiences a surge in Covid cases. A senior member of the International Olympic Committee (IOC) told the BBC that he “can’t be certain” the already delayed games will go ahead.

Dick Pound said “I can’t be certain because the ongoing elephant in the room would be surges in the virus” across the Japanese capital and its surrounding area. Yesterday, the Prime Minister of Japan, Yoshihide Suga, declared a state of emergency in Tokyo and three neighbouring areas due to the rising coronavirus crisis.

Despite Pound’s comments the IOC’s president, Thomas Bach, has insisted the Olympics, which were postponed by a year due to the pandemic, and stated that it will not be possible to delay them again.

Concern that the wave of visiting athletes and sports fans from across the globe could spark a fresh outbreak, alongside the spiraling costs of the games, has led 63% of Japanese people to support another postponement or cancellation according to polls carried out by the NHK broadcaster.