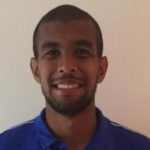 ALEX APOLINARIO, a Brazilian Third Division footballer in Portugal who suffered a heart attack and collapsed in the middle of the game, has died aged 24.

Apolinario, who played for Alverca, was declared brain dead on Thursday, January 7, four days after collapsing during a match against União de Almeirim after 27 minutes of play.

When he collapsed, the other players and staff reacted immediately, treating him with a defibrillator.

Alverca reported in a statement that the player died in the Vila Franca de Xira Hospital, about 30 kilometres from Lisbon where he had been admitted since Sunday, and that “they will provide all the necessary support to his relatives.” On Monday, the club had reported that he was in “serious but stable condition and in an induced coma.”

The player, who was a midfielder, came to Portuguese football in the 2018/2019 season after having played for Cruzeiro and Atletico Paranaense in Brazil.

The club has cancelled all the activities it had planned.