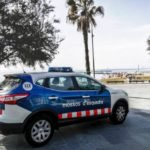 The Prime Minister of Spain has spoken out in defence of an autistic boy who was brutally attacked.

The young man was attacked in Barcelona in the can Batllo area of sants, after a group cornered him, attacked him and stole his phone and jewellery.

He subsequently managed to flee, crying and completely distressed.

The mossos, Barcelona’s autonomous police, have an ongoing investigation into the incident. It transpires that one person has surrendered themselves to police about the attack that has gone viral on social media networks.

Prime minister Pedro Sanchez wrote on social media of his support for the young man; he said that as a father I am outraged by crimes like this, our sons and daughters deserve more. We must denounce this vile act and any subsequent ones, and He went on to say his support was with the boy and his family, furthermore, there is no need to be silent with these kinds of attacks we will deal with the perpetrators you can speak out.

The attackers were believed to just children themselves and possibly immigrants to Spain with ages in their group from 12 to 17 years old, the autistic boy who was attacked is 13 years old it’s understood.

The video has been viewed on social media more than 3,500 000, (three and a half million)times.