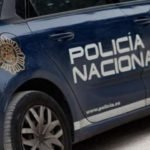 Spanish police, according to the Daily Mail, have revealed the identity of a male inmate who was found dead in his prison cell in Alhaurin de la Torre prison near Malaga, last Wednesday, December 30, as 51-year-old Costa Del Sol-based British chef, Leigh Anthony Gardiner, who was in prison awaiting trial for the murder of John Pender, an Irish holidaymaker, in June 2019, in an Irish pub in the Spanish holiday resort of Fuengirola.

An inside source said, “He was found lifeless on his bed after failing to respond to morning roll-call. He had been dead for several hours and nothing could be done to save him. The death is still being investigated but everything is pointing towards suicide. He had shoelaces knotted around his neck, and he had left a note saying he was sorry to his family”.

A statement from a Spanish Prison Service source said, “The separate judicial and internal Prison Service investigations are ongoing and there won’t be any official comment on the possible cause of death at this stage”.

Gardiner, a chef in a nearby popular timeshare resort, with no previous police record, had reportedly attacked ‘gentle giant’ father-of-two John Pender, from Shankill, South Co Dublin, with two broken bottles while in the toilets at a local Irish pub, after Pender had asked his alleged murderer to leave his wife alone.