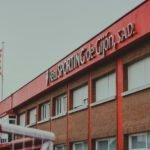 AT least 150 cases of coronavirus in Gijon, Asturias, have been blamed on the Sporting de Gijon football club.

Apparently, following a match against Leganes, according to most of the national press, a party was held at the home of one of the players, which was believed to be the origin of the outbreak. However, other media, believe it more likely to have been a lunch party of at least 80 people at a restaurant belonging to the vice-president on Christmas Eve. The restaurant has denied this, saying that all activity on the premises adheres strictly to coronavirus guidelines.

The images obtained, reported to be of the party, came from the Instagram account of the girlfriend of one of the players and were reportedly deleted the following day, but not before several players had been identified. There are also suspicions that figures of authority from within the region were also present.

Apparently the photos have been doing the rounds on WhatsApp locally since then, although ‘officially’ nobody knows about it.

This was followed by 34 infections and more than 120 people who were in close contact with them affected, according to Asturias Regional Government.

Footballers in ‘La Liga’ are supposed to remain within their own ‘bubbles’ but in this case, the restrictions were not enforced.

The regional government is investigating and may issue fines, while, for now, La Liga has not commented on the measures which will be taken.

Today, Monday, January 4, the team will be playing in Gijon with the available players who have tested negative.

A press conference prior to the encounter saw the club officially blaming the contagions on family and social contacts over the Christmas holidays, but they did not reveal who the infected players were or allow the press to enter the stadium. They have denied there was a party of any kind.