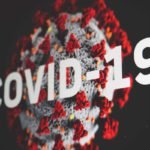 A TWELVE-YEAR-OLD boy from Gijon died in the early hours of January 1 in the ICU of the Central University Hospital of Asturias (HUCA) due to severe inflammatory disorders weeks after being infected by Covid-19.

He was admitted to the Cabueñes Hospital on Tuesday, December 29, hours after he began to feel ill, with fever and a rash. When he suddenly took a turn for the worse, he was transferred the following day to the HUCA.

He remained in an induced coma in the paediatric ICU, although the inflammatory problems that he suffered affected his vital organs, so the situation was irreversible.

The child had no known previous pathologies and he loved to play football.

Healthcare professionals are now studying the case to determine the causes of the child’s death.

The number of children infected with Covid-19 is higher in this second wave (12 per cent) that it was in the first wave (one per cent).

In the first wave, 1,400 cases were diagnosed, of which fewer than 25 per cent required hospitalization and only 52 of them were admitted to the ICU.

In the second wave, by September, 66,000 cases in children had been reported by the Ministry of Health.

Children generally have fewer and milder symptoms than adults, evolve well and only one per cent need to be admitted to hospital. Inflammatory problems are very rare, but when they arise, normally in older children, they are very serious.

It is less probable that children infect others, and the symptoms usually include fever, catarrh, gastroenteritis and sometimes pneumonia.

Symptoms appear to be worse in children older than 10 and also include headaches, vomiting and a low white blood cell count.

In more serious cases, such as the boy who died in Gijon, inflammatory problems are seen and admission to intensive care is often required.