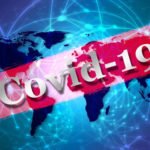 Wednesday, December 30 has been marked as another black day for the Community of Valencia as a total of 70 people have died from coronavirus, the highest number of deaths in a single day due to Covid 19. According to data from the Ministry of Health, Valencia has registered 2,715 new cases, which outs the total number of infections in the region at 145,472.

Alicante had the highest number of new cases on Wednesday at 771, followed by Castellón at 266. The total number of tests carried out for the detection of coronavirus amounts to 2,068,448, of which 1,898,254 have been through PCR and 170,194 through rapid test.