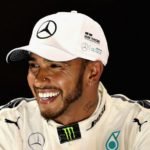 Lewis Hamilton is apparently lined up to be knighted in the New Year honours, claims The Daily Mail, after calls by Boris Johnson for him to be included, due to his achievements during 2020, including equalling Michael Schumacher’s record of seven Formula One world titles, and his work with the Black Lives Matter campaign and was also voted the BBC Sports Personality Of The Year 2020.

Hamilton, already an MBE since 2008, will become part of a select group of British sporting legends who have already been knighted in recent years, with tennis star Andy Murray and Olympic track star Mo Farah, although there was a concern about his current tax status, as he is a resident of Monaco, but with the intervention of the prime minister, the knighthood can be granted on special grounds.

If knighted, Hamilton will become the UK’s fourth F1 driver to be given the honour, along with Sir Jack Brabham, Sir Sterling Moss, and Sir Jackie Stewart.

Thank you for taking the time to read this news article “Lewis Hamilton To Be Knighted In New Year Honours List”.