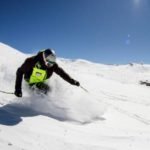 The Sierra Nevada is now one step closer to becoming a national park of Andalucia Spain.

A report issued today Monday, December 28, which is to be submitted to the councils of ministers for approval, is another step closer for the resort to become a National Park of Spain.

The park will extend over 23,000 hectares accross the municipalities of Malaga,Benahavis, El Burgo , Istan, Monda , Parauta, Ronda, Tolox and Yunquera.

Today saw the Mandatory report of the National Parks Council, one of the last steps towards becoming Andalucia’s third national park and Spain’s sixteenth.

The benefits to the resort and the area both in winter and summer would be enormous.

A Biosphere reserve was also planned, and controls of carbon emissions are also under consideration and the impact of increased tourism on the environment.