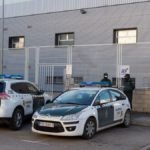 THE Guardia Civil and Policia Nacional were ready and waiting for Valencian Community’s first shipment of the anti-Covid vaccine.

Only they and the regional government knew exactly where the first vaccines would be delivered, as information was deliberately withheld to ensure they arrived safely at seven care homes for the elderly.

Chosen because they were free of coronavirus or had no cases for at least 90 days, these were located in Torrent, Rafelbunyol and Benissano (Valencia) Almassora and Burriana (Castellon) as well as Alicante City and San Vicente del Raspeig where the vaccines were given to employees and carers as well as residents.

According to the regional media, two of the homes are state-aided and another private.  Two are run by the municipalities where they are located and two by the regional government.

The Generalitat and the central government’s Delegation to the Valencian Community had been working on the logistics throughout the previous week to prevent last-minute hitches and guarantee the transport and distribution of the long-awaited vaccine while maintaining a cold chain of between 2 and 8 degrees.

With the first vaccinations underway, the Valencian Community expects to receive an average of 31,000 doses each week, the Generalitat’s Health department explained.

Again, these will be delivered to three locations in Alicante, Castellon and Valencia for distribution to their next destinations.

Each province will have suitable deep freeze storage facilities for their own supplies although, once again, the Health department does not intend to reveal locations.

Regarding early vaccination for the authorities, Generalitat president Ximo Puig stated that they would be vaccinated “when the health authorities say so.”

Puig went on to add that he believed that in the Valencian region at least, it was not necessary for politicians to be vaccinated first to set an example to the public as others had done elsewhere.