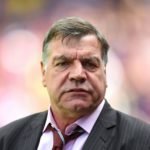 West Bromwich Albion have confirmed the appointment of Sam Allardyce, as their new manager, on an 18-month contract, replacing the Croatian, Slaven Bilic, who was sacked this morning (Wednesday), even after the team held Manchester City to an unlikely draw in Manchester last night.

With The Baggies sitting in 19th position in the Premiership, Allardyce, aged 66, has a long reputation of being a manager who can help clubs climb out of the lower reaches of the table, with West Brom becoming a record-breaking eighth team he has managed in the top tier of English football, and ‘Big Sam’, now lines up for his first match, a West Midlands derby versus Aston Villa this weekend.

Luke Dowling, West Brom’s sporting and technical director commented, “In Sam we have a man who has a proven Premier League pedigree, with a track record of improving every club he has managed. We believe and, more importantly, Sam believes, we have a group of players that have the quality needed to give the club its best chance of Premier League survival”.

Thank you for taking the time to read this news article “Sam Allardyce Is The New West Bromwich Albion Manager”.