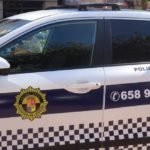 A three-year-old boy was hospitalised after being hit by car in Alcudia.

ACCORDING to local police, for “unknown reasons”, the child ran into the road in Calle Pollentia, leaving the driver “unable” to do anything to avoid the collision.

Witnesses claimed the driver immediately got out of his car to help the little boy and called emergency services.

Minutes later the Alcudia Local Police, the Guardia Civil and an ambulance were on the scene¡ around lunchtime on Monday, December 14.

The boy remained conscious and, once stabilised was taken to a nearby hospital where he is recovering from his undisclosed injuries.