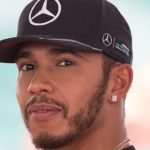 Mercedes boss Toto Wolf reported that the F1 champ is struggling during his period of isolation and missing out on the Sakhir Grand Prix in Bahrain – the first race he has ever missed since his 2007 debut.

Wolff said: “Lewis is not great. Covid-19 is something you mustn’t take lightly and he is in safe hands, that is the most important.

“But it is those early days that are always not so nice.

“Mild symptoms and then obviously, as you can imagine, a race driver out of his car and combine it with Covid, he would rather sit in the garage.”

Hamilton was diagnosed with Covid-19 after developing mild symptoms on Monday, November 31, and must remain in quarantine until Thursday, December 10, when he will undergo another test.

Driver George Russell is currently covering for Hamilton, and it’s still unknown which F1 star will take the set for Mercedes in the Abu Dhabi season finale.

Wolff added: “We have seen tests that were negative within 10 days and it is feasible and a positive development [if he can travel to Abu Dhabi].

“But there are many athletes who have also tested positive for a long time. It is something the FIA have to look into anyway.”